What to expect from the new Funan?

The new Funan embodies a new paradigm for living, playing and working in Singapore’s city centre. The integrated redevelopment addresses the new generation of tech-savvy consumers who are in search of collaboration, experiences and recreation under one roof where they can engage, build community and express themselves.

A new type of retail is integral to the concept of this being a mixed-use development, including offices for WeWork and new Ascott Hotel co-living model lyf.

The name Funan evokes fond memories for Singaporeans. The Funan Centre was built in 1985 and was renamed Funan The IT Mall in 1997 to ride the tech wave and reflect its retail offering. By 2005 it had become Funan DigitaLife Mall, but maintained its tech-centric DNA. The challenges of rethinking a Singaporean icon and adapting it for a new era of retail were tackled in a considered manner.

With a new era of retail advancing, the site’s owners, CapitaLand, employed Woods Bagot to carry out a feasibility study. The site that was home to Funan DigitaLife Mall is located on a significant plot in the heart of Singapore, where civic life, politics, business, art, culture and nature meet. The Parliament of Singapore, the Treasury, the Supreme Court, the National Museum Singapore, City Hall MRT Station and Fort Canning are just stone’s throws away.

Not only is the site significant and had the potential to be more efficiently used, but CapitaLand was keen that Woods Bagot assess the changing face of retail. In an era of increased e-commerce and online shopping, coupled with a decline in the prominence of brick-and-mortar retail stores, it was essential to consider what would keep a new tech-savvy generation coming back to a retail mall.

Woods Bagot engaged in discussion around the future of retail and CapitaLand’s desires to create an environment that encourages discovery, entices people back time and again, and is a place for both reflection and evolution. After considered assessment, Woods Bagot’s recommendation was for the complete redevelopment of the existing site to create Funan, an integrated development that aims to maximise the potential of the site and its prime location and to create a retail space for the new era. Woods Bagot believes that Funan represents the future of retail.

Woods Bagot held collaborative design charettes with key stakeholders including current and future tenants, potential shoppers and investors to explore alternative opportunities. The question at the centre of these exercises was: ‘How might we create an environment that encourages discovery, enticing people back time and again, a place for reflection and a place for evolution?’

As the lead design consultant of CapitaLand’s Funan redevelopment, Woods Bagot handled the masterplanning, architecture and interior design while also overseeing the overall realisation of this complex project to completion and managing and guiding a team of international design and construction partners. The project also brought in Design Bridge, an international branding agency, with whom Woods Bagot worked to create a compelling communications tool kit in line with Woods Bagot’s vision for the future of retail.

During the project, Woods Bagot drove the project design direction and collaborated closely with all partners, including the local architecture firm and consultants handling signage, façade and landscaping. Smooth teamwork and productive collaboration was key to the realisation of a successful project.

The Tree of Life design concept is the architectural centrepiece at the heart of Funan, around which Woods Bagot has created an efficient retail offering. The Tree of Life is a wooden and steel structure that rises through six storeys, from Basement 2 to Level 4 at the centre of Funan. Funan has also been designed to Singapore’s sustainability standard, Greenmark Goldplus.

Do you want to hear about the design concept directly from the mastermind behind it? Stay tuned! An interview with Stephen Jones, Director of Woods Bagot, is coming soon! 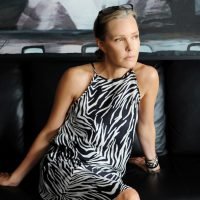 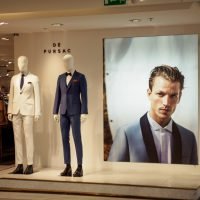