While many brands are scaling back bricks-and-mortar in Hong Kong, Italian fashion house Versace has opened the doors to a new flagship.

The new Versace flagship incorporates traditional Italian architectural values with the modern dynamism and energy the brand is known for. Architectural elements include fior di bosco marble and brass features. As a “meeting point between the past and future,” the flagship also makes use of fior di bosco flooring to create a unique environment, while the boutique’s facade is designed with backlit onyx.

“For me the boutique suggests an uninterrupted dialogue between our past and our future, between Versace and our clients,” said Donatella Versace in a statement.

To welcome the new flagship, Versace has designed a limited-edition mini Palazzo Empire handbag. The special handbag is embellished with silver Swarovski crystals and includes a detachable leather shoulder strap and a palladium Medusa head, the symbol of Versace.

The brand has also voiced its confidence in the Japanese luxury market by securing a retail presence. In December 2015, Versace returned to Japan after departing the market in 2009 and has opened three storefronts since its re-entrance. 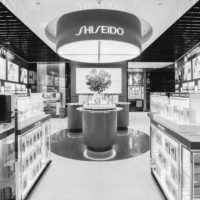 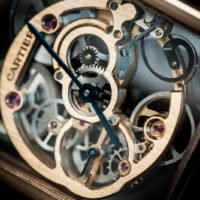