The Italian luxury label, Valentino, led by designer Pierpaolo Piccioli is about to head for Beijing, where it will open a new flagship store on November 6.

The inauguration will be followed the next day by an exclusive party and a haute couture show.

Valentino’s new Beijing store extends over a little more than 400 m2 on two levels, and its interiors were jointly designed by Piccioli and British architect David Chipperfield. It is located in the city’s Sanlitun district.

It adds to the two other Valentino boutiques in the Chinese capital, making it a total of 29 stores operated by the luxury label in Greater China. China is indeed a strategic market for Valentino, which opened its first store there in 2007. But even more than China itself, it is Chinese consumers, anywhere in the world, who have become key for the luxury label, since they account for nearly 30% of its total sales.

This is not the first show organised by Valentino in China. In 2013, it held a similar event in Shanghai, staging a show blending ready-to-wear and haute couture, to mark the inauguration of its flagship store in the city.

SEE ALSO : An overview of ZALORA Fashion Festival in Singapore 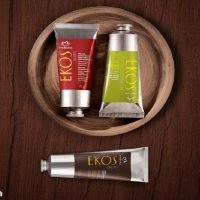