Inside the Osaka-based theme park, the new retail outlet based on the Nintendo-owned Super Mario Bros. video game series sells food and merchandise inspired by the game’s characters including Mario, Luigi and Princess Peach. Items up for grabs include men’s, women’s and kid’s shirts, jackets, jumpers and accessories including hats and bags.

Beverages and food styled to reflect Super Mario Bros. are also up for sale, including two different cream-filled pancake sandwiches – a red Mario hat topped with strawberries, and a green Luigi hat topped with grapes – while sodas themed around Mario, Luigi and Peach, with moustaches or a crown attached to the straw are also on the menu, the quirky designs allowing customers to take a selfie with their drink and post it on social media.

Inside the store, the décor is adorned with game-inspired images of warp pipes, question mark blocks, and piranha plants, against a black and white checked floor, reflecting the Mario Kart racing flags.

Meanwhile, consumers can look up and see a bright sky on the ceiling, for a truly immersive experience in the world of Super Mario Bros., which turns 35 years old this year.

The new café and store comes ahead of the opening of the Super Nintendo World attraction in the amusement park, which is slated for next spring, after it was delayed on opening due to Covid-19 restrictions.

In its most recent financial earnings statement, Nintendo revealed its year-on-year sales increased by 108.1 per cent for the three-months ended June 30, while the company’s net profit was up 541.3 per cent. Nintendo’s year-on-year consolidated net sales were up 108.1 per cent, it said. 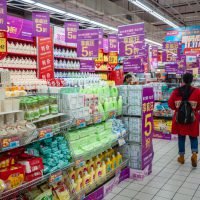 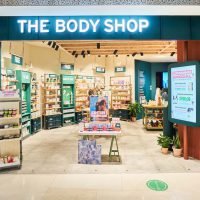