The Lohas opens in HK

Lohas Park, Hong Kong’s single largest residential enclave, has got its own shopping centre after more than a decade of waiting. The mall has opened with 13 stores on 23rd August while the city is witnessing its worst recession.

The stores occupy 70,000 sq ft of retail space or about 15 percent of the 480,000 sq ft of available space in the three-storey mall known as The Lohas in New Territories, according to owner MTR Corporation, which is also the city’s rail operator.

The anticipated opening of the mall is due to the need to serve the residential area. In the past few months work-from-home has been encouraged and neighbourhoods have gained much more traction given that inhabitants are moving less and less from one district to another.

At The Lohas, a supermarket called Fresh covering 20,000 sq ft of space has also opened together with four restaurants, a pharmacy, a dental clinic and a property agency, among others as reported by SCMP.

What’s the future of The Lohas in this uncertain times? Being a mall in a residential area, the future will depend on how MTR will interpret the needs of the neighbourhood and secure the right brand mix. 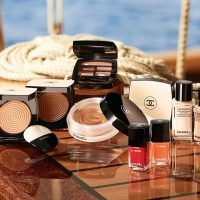 Chanel to sell on Kakao Talk
Next Article