Theming around ‘We all have a touch of Karl’, the pop-up opened its doors to beauty and fashion savvy travellers at Star Lounge located at Lotte Duty Free Main Store in Seoul, South Korea, from 6th –8th December 2019.

Karl Lagerfeld and L’Oréal Paris share a Parisian heritage, a pioneering spirit and commitment to strong women. The ‘Karl Lagerfeld x L’Oréal Paris’ collaboration is an initiative by Karl Lagerfeld, taking on his legendary rock and chic style with a touch of classic, effortless Parisian elegance, and developed with the scientific care and colour expertise of L’Oréal Paris. The collection is complemented by an impressive campaign based on Karl Lagerfeld’s most famous quotes and his unmistakable style.

The ‘We all have a touch of Karl’ event journey began with the impressive campaign visual of spokeswomen, Soo Joo Park, Ming Xi and Luma Grothe, playing their own Karl characters as a tribute to the fashion icon.

Global travellers can immerse themselves in the black and white ambience that represents the world of Karlism.

Travellers can pick their favourite Karl-themed makeup look and receive a flash makeup service by the makeup experts. They also get the chance to be the first to try the products at the ‘Provokative’, ‘Ironik’ and ‘Kontemporary’ makeup zone.

Travellers also had access to a photo area where they may picture with Karl’s iconic oval chair and received an instant photo with a special photo frame and quotes from Karl Lagerfeld.

The three-day event was kicked off with a glamorous launch party on 6th December attended by 26 local and international key opinion leaders. Besides, L’Oréal Paris collaborated with renowned celebrity makeup artist Andy Koh showcasing 10 special curated Karl Lagerfeld x L’Oréal Paris collection looks on a makeup runway show with a live performance of electronic violin to replicate the soundtrack of the campaign video.

The second day, Lotte Duty Free’s ambassador, PONY, hosted a private makeup show exclusively for 50 Lotte’s VVIP guests, featuring the two Karlism looks that she created and posted on her YouTube channel with over 5 million followers. During this makeup show, she demonstrated the looks she created to the VVIP customers.

The ‘We all have a touch of Karl’ event was open to customers and fans from 7 – 8 December, attracting over hundreds of travellers. 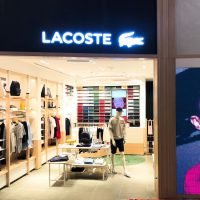 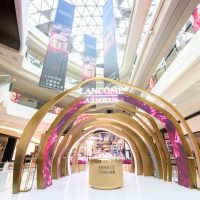