Italy’s Bulgari has opened a new store in Kuala Lumpur, marking the Malaysian flagship’s opening with a new façade design to lure in more shoppers.

Located in the heart of the Bukit Bintang district, the 103-square metre store is the capital’s first to feature Bulgari’s new retail design, created by architect firm MVRDV.

The new storefront is the first in a series of façade designs for the LVMH-owned brand. The concrete and resin facade is permeated by gold light to create a marble-veined front, which “imagines the luxury brand’s heritage, and experiments with traditional materials,” said MVRDV, in a statement online.

For the Kuala Lumpur boutique, MVRDV referenced a cornice from Bulgari’s via Condotti store in Rome. Traditional materials were replaced by rough concrete with resin veins, “hence, illuminating from the inside,” added the firm.

“The result created an organic effect on how the light would be cast in-store and on the façade: During the day, soft touch of radiance is presented to the street, while at night, a more dramatic effect is achieved with a warm amber glow,” said the design team.

Bulgari currently boasts five stores in Malaysia and more than 30 stores in China. It also has boutiques elsewhere in Asia including Hong Kong, Indonesia and Macau.

While LVMH does not provide sales figures for individual brands, the group said its watch and jewellery segment gained 10% in value terms last year.

The improvement was helped along by an ”excellent” performance by Bulgari, aided by new store openings, according to LVMH group CEO, Bernard Arnault, when speaking in April at the company’s AGM.

In 2017, revenues for LVMH group passed the 40 billion euro mark for the first time, while net profits passed 5 billion euros. 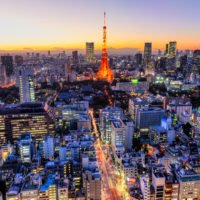 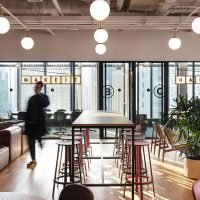 Co-working space to become the next retail space