Choco Pie, a chocolate-covered, marshmallow-filled cake, is one of Korea’s iconic snacks. Last year, Orion sold over 2.3 billion Choco Pies across the world, which is tantamount to form a line long enough to wrap around Earth more than four times.

Orion’s Choco Pie was born in 1974 and has so far delivered 5.2 trillion won to the company from worldwide sales.

Orion said Choco Pie sold at the duty-free shops is a premium kind, which is 1.5 times bigger in size and has richer flavor from the use of vanilla bean.

The confectionery maker first introduced the premium version of its signature cake snack in December 2017 and has been selling them through standalone Choco Pie House retail outlet.

Since then, over 2 million units of the premium Choco Pie have been sold. The company now runs several Choco Pie Houses across Seoul. It also recently began selling Dessert Choco Pie through the country’s popular premium online grocery stores like Market Kurly.

The company said it will aggressively seek entry into more duty-free shops. 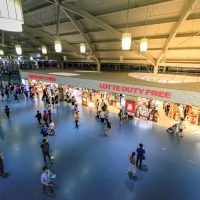 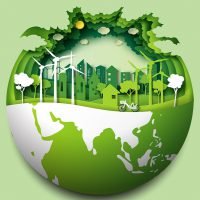