Shanghai Pudong Airport Authority is to substantially enlarge its duty free arrivals retail space by 500sq m in Terminal 1 and by 800sq m in T2, with a brand new 500sq m arrivals store in the middle of the baggage collection hall.

This is to reflect the fact that these shops operated by Sunrise Duty Free currently comprise around 20% of the retail space, but account for 50% of all sales.

Duty free as a whole is expected to account for RMB6bn ($870m) this year alone, according to Shanghai Pudong Airport General Manager Qu Yi Bing.

As one part of a major exclusive interview with TRBusiness, he said the plan is to open these enlarged shops in mid-2017, with the main sales emphasis on perfume, cosmetics and tobacco products.

As around 40% of arrivals sales are also made through preorder, he confirmed that a brand new collection counter is also planned.

Having said this, Qu added that both the airport authority and Sunrise Duty Free expect that since the arrivals shop offers will be much bigger in future, pre-order sales will probably proportionately decrease, since there has only ever been a limited selection of physical products.

Savvy Chinese customers in particular have previously pre-ordered within the larger departure shops for arrival on collection to avoid the inconvenience of carrying around these purchases on their overseas trips.

Meanwhile, Qu also confirmed that the airport authority’s sales forecast this year for the combination of duty free and duty paid retailing at Shanghai Pudong Airport is RMB6.4bn ($930m) of which RMB6bn ($870m) is duty free alone. 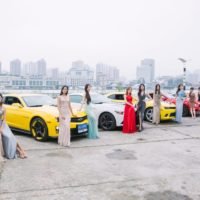 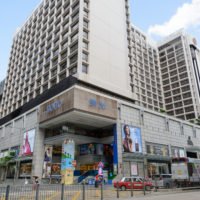 Why Sogo parent Lifestyle International is betting on Kowloon