Chinese lifestyle brand Shang Xia will open a store on Tmall in March, spiking talk of reconciliation between the counterfeit goods-plagued Alibaba – who owns Tmall – and luxury goods brands.

The Hermes-backed brand is preparing to enter the e-commerce arena via Tmall and will directly manage the store, according to an interview with Shang Xia artistic director and chief executive officer, Jiang Qiong Er.

“I think Tmall is a quite mature platform. You will get major traffic,” Jiang said in an interview with WWD. “I think it’s great to start with an established platform.”

The e-tail venture follows a rollercoaster month for Alibaba. The group was blacklisted in December 2016 by the U.S. for the alleged sale of counterfeit goods via its Taobao marketplace, China’s most popular consumer-to-consumer shopping website.

However, the Chinese e-commerce giant defended its outlook, saying it was “very disappointed” to be put back on the list as it was far more advanced in protecting intellectual property rights than it was four years ago.

Then, in January 2017, Alibaba announced it had formed a luxury goods counterfeit allegiance – the Big Data Anticounterfeiting Alliance – with 20 member groups including Louis Vuitton, Swarovski, Shiseido and Samsung, to fight counterfeit luxury.

In light of this, the Chinese-made Shang Xia is not worried, even if fake Shang Xia products are trading on Taobao. Jiang told WWD that the best strategy to combat counterfeits is create a legitimate store to lure customers and stay one step ahead of the imitators by being a “pioneer” and constantly coming up with new products.

“I’m confident that, you know, people will follow us,” she said.

The brand’s current flagship store is located in Shanghai, a three-storey maison in Shanghai’s Xin Tian Di neighbourhood at 233 Huaihai Middle Road, which it christened in 2013. 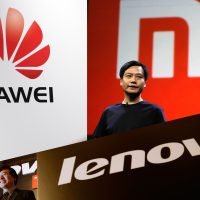 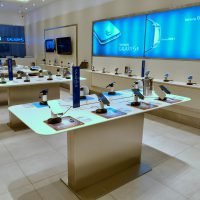