France’s Sephora is expanding in the New Zealand market, with its second store opening in the nation scheduled for later this year.

The LVMH-owned cosmetics retailer told local reporters that it plans to open its next Sephora New Zealand boutique in Auckland in 2020, after debuting in the city last year on the busy Queen Street shopping strip.

“We were honoured to have had such an amazing reception for our first New Zealand store opening last year,” Beth Glancey, general manager of Sephora New Zealand and Australia, told the New Zealand Herald.

“With that opening day response, and our continued success in the region, there’s no question the demand is there for a second store,” continued Beth.

“[Sephora] obviously have had some time in the New Zealand market and understand what the customers are wanting,” said First Retail managing director Chris Wilkinson, a retail consultant in New Zealand, adding that Sylvia Park would be a strategic choice, being a shopping strip with high footfall.

During Sephora’s New Zealand debut in 2019, company executives said there are plans to operate two or three stores in Auckland as well as locations in other Kiwi cities, such as Christchurch and Wellington. However, exact dates and locations are yet to be announced.

SEE ALSO : Sephora to open in HK on 3rd September

Founded in the 1970s by Dominique Mandonnnaud, the cosmetics and beauty chain is today owned by luxury French conglomerate and owner of Louis Vuitton, LVMH Group. 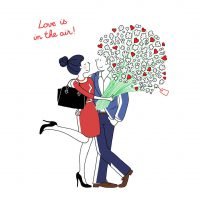 This Valentine's Day... go back to basic, give flowers
Next Article 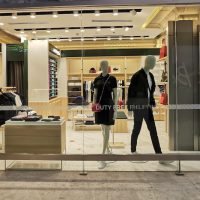