Sephora will open its first store in Korea this October in Gangnam District, Southern Seoul, the beauty retailer announced.

Its launch date is set for Oct. 24. An online store will also open the same day. The company plans to expand the number of its branches to six by 2020 and 13 by 2022. Sephora said the location was chosen for its accessibility to public transport and cluster of fashion and beauty retailers that target customers in their 20s and 30s.

A subsidiary of France’s LVMH group, the multibrand beauty store has more than 2,300 stores in 33 countries. Its launch in Korea was long anticipated by dedicated beauty consumers. Rumors started when a post appeared on the job search website LinkedIn last June that said Sephora was looking for a human resources manager in Korea.

“Korea is one of the most dynamic markets in Asia and we’re glad to introduce Sephora here,” said Benjamin Vuchot, president of Sephora’s Asia business.

Sephora’s landing in Korea may offer opportunities for small local brands. The company said the local office will be on the search for Korean brands that can be sold overseas in its retail stores. Sephora already sells local products like 3CE and even launched a private brand last year with a mid-sized Korean beauty brand, Memebox.

Multibrand beauty retailers have been popular in Korea. According to Euromonitor International, the local market for health and beauty stores like Olive Young grew at an annual average of 32.8 percent between 2013 and 2018.

“The main targeted customer segmentation for Sephora is people in their 20s and 30s who are already familiar with Sephora’s brand and products due to a rapid increase in cross-border e-commerce and traveling abroad,” said Jade Lee, an analyst from the research firm. “Hence, Sephora is expected to have a strong appeal in the early stage.”

However, some analysts say Sephora is arriving at a risky time as existing multibrand stores have started to slow down amid cut-throat competition. The global brand faces a wide range of local rivals from low-priced stores to high-end retailers like Shinsegae Group’s Chicor, which rapidly expanded its branches in the past year.

And compared to the past, when Sephora was considered a go-to destination abroad to buy brands like Hourglass and Urban Decay, some of those brands came to Korea in the past few years. Also, Korean consumers are very skilled at purchasing products from overseas online.

“Local consumers are already pretty familiar with Sephora, so there is a question mark on whether it will be able to differentiate itself as ‘premium,’” said Sohn Seong-min, a researcher at the Korea Cosmetic Industry Institute.

“If they do decide to go premium, it would also be important to have a higher price advantage than purchasing from overseas. The core question would be finding a balance between those two factors.” 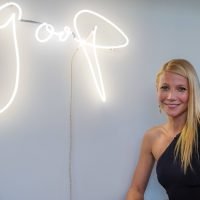 Goop to open pop-up in Tokyo
Next Article