The New Landmark of Seoul: Seoullo 7017

Designed by Dutch architects MVRDV, the Seoullo 7017 Skypark is located on a former elevated highway originally constructed in the 1970s that passes over Seoul Station. The highway deteriorated over time and, like others in the Seoul CBD was eventually closed to traffic in 2015.

The Seoul Metropolitan Government subsequently decided to spend KRW 60 billion on redeveloping the passageway into a pedestrian-friendly walkway accommodating various attractions and facilities that would make the district greener while connecting it to nearby areas.

Seoullo 7017 is modeled on New York’s High Line Park and features numerous small cafes, shops and performance stages. Some 24,000 trees, flowers, and plants from more than 200 local species have been planted along the skygarden, which is separated into a number of zones, each with its own seasonal theme.

The project has succeeded in transforming aging infrastructure and an old business district into a pedestrianized cultural hub while linking tourist attractions including Namdaemum market, Myeong-dong, and Namsan Seoul Tower.

Visitor headcount reached nearly 4 million in the first 100 days since its opening in May 2017 and is forecast to exceed 10 million by year-end according to the city-run Seoul Institute. Approximately 80,000 people typically visit the area over the weekend, nearly double the figure during the working week.

The improved ambiance and pedestrian traffic have prompted landlords of office buildings in the vicinity to add retail facilities catering to domestic and foreign tourists, as well as the office workers that are based in the area during weekdays.

Foreseeing the impact that Seoullo 7017 would have on the surrounding area, a transformative retail strategy was carried out at Daewoo Foundation building (now called Seoullo Terrace).

In partnership with CBRE Korea, this project exemplifies how landlords can utilize the renovated public realm as a placemaking approach. The landlord of Seoullo Terrace conducted a thorough study of the project while it was still under construction, to analyze its potential influence on the surrounding neighborhood.

The analysis identified the need for more diverse, gourmet F&B options in an area which lacked this offering. CBRE Korea was appointed exclusively to lease the entire revamped retail offering, comprising several former office floors, accommodating a total of 23 retailers – compared to just six previously in the building.

Access to the building was improved via the construction of a walkway linking it to Seoullo 7017 via a second-floor entrance, which now hosts one of only two direct access points to the skypark. Pedestrian flow has increased drastically, thereby drawing foot traffic to the newly renovated retail portions.

Dramatic 182% increase in the retail rents of the building since the completion of Seoullo Terrace’s retail conversion project and walkway suggests ways landlords can seek to leverage major urban renewal projects to gain competitive advantages. Darren Krakowiak is Managing Director and Country Representative of CBRE Korea, with oversight for the operational management, strategic direction and financial performance of all business lines in Korea. Based in Seoul, he is responsible for building alignment between CBRE’s Korea and global platform, providing advisory solutions for domestic and multinational investor and occupier clients, and managing and developing personnel in this market. 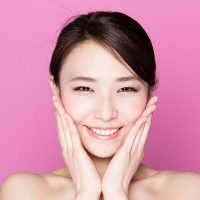 Cosmetics hike up prices in Korea
Next Article 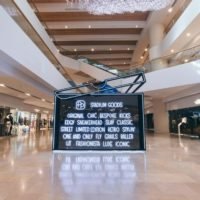