Zara experiments AR in its stores

The innovative concept superimposes state-of-the-art technology on the retail environment, engaging customers both outside and inside the store to shop and to share like never before.

This made-to-measure augmented reality is enabled on mobile devices via the Zara AR app. The activation plays out at three different sites: store windows, centrally-located podiums, and atop e-commerce boxes. When smartphones are positioned at the graphic signage, models Léa Julian and Fran Summers seemingly come to life as 7 to 12-second sequences in people’s screen displays. Incredibly realistic and proportioned according to each setting, they naturally pose, move around, and even speak while dressed in the SS18 Zara Studio Collection. All of their looks can be purchased instantly through a single touch on the Zara AR app, as well as in store.

The experience will be highly visible from the street, with store windows appearing completely empty aside from bold signage encouraging people to access the Zara AR app. Downloading is easy: simply connect to the dedicated Wi-Fi network, or else by QR code, via iTunes and Google Play, or through the link on zara.com or the app. In addition to the shopping feature, a social media sharing feature invites people to take and send photos alongside the holograms, establishing a virtual connection that seems remarkably real. To maximize the limited-time experience, different sequences of new looks will be introduced after the first week.

Zara Augmented Reality is the conception of Paris-based creative director, Ezra Petronio, who developed this high-quality experience and app with HOLOOH, a French company, in addition to research partner, INRIA (the French National Institute for computer science and applied mathematics). The 12 dynamic sequences were captured as holograms in a 170-square-metre studio involving 68 cameras, among the largest recording systems of its kind in the world. Petronio, who is also the co-founder of Self Service magazine, enhanced Issue 47 (September, 2017) with a shop-able augmented reality component.

With augmented reality finding more and more real-world applications, the Zara experience demonstrates how innovation, inspiration and additive technology can reimagine conventional retail. Engaging in both the store environment and the app simultaneously, shoppers will discover ease of use alongside their sense of awe. Zara’s global reach brings the advanced renderings to a wide and inclusive public. In a sense, this exciting concept could not have been more natural for the retailer: as the dedicated branding makes clear, augmented reality has been within Z-AR-A all along.

From 12 April, this experience will be available at Ngee Ann City, ION Orchard, Marina Bay Sands, and 313@Somerset stores in Singapore. 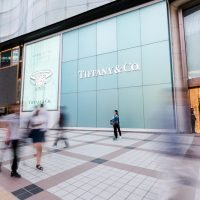 Changes at Tiffany & Co. as three executives depart
Next Article 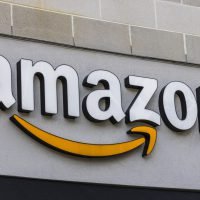 3 ways to make profit on Amazon