Why Sogo parent Lifestyle International is betting on Kowloon

Sogo department store operator Lifestyle International’s decision to splash out HK$7.4 billion for a plot of land in Kowloon on which to build a massive shopping complex comes at a time when the city’s beleaguered retail landscape see initial signs of stabilisation.

The iconic mall owner agreed to pay the highest price for a government commercial site in history, even after it reported in August a 49.9 per cent interim profit plunge to HK$587 million amid dwindling tourist arrivals and lukewarm domestic demand.

“Besides Sogo department store, we will also bring in other commercial, entertainment and dining facilities in the proposed development,” — Terry Poon Fuk-chuen, chief financial officer of Lifestyle

But experts estimated that together with construction costs and interest expenses, the development could end up costing up to HK$14 billion.

The East Kowloon site is designated for an iconic twin-tower project in what the city government hopes will become the second central business district, featuring high rises office blocks as well as residential quarters.

Lifestyle runs two Sogo stores in Hong Kong’s Causeway Bay and Tsim Sha Tsui shopping districts, but chief executive Thomas Lau Luen-hung had suggested in August that it planned a much bigger property in Kowloon, as Sogo’s Tsim Sha Tsui outlet was too small to even house its signature supermarket.

CLSA’s Kou said the new Sogo mall may include facilities such as cinemas and ice-skating rink that typically drive local foot traffic, as well as dining venues that encourage customers to spend more time on the premises.

With mainland visitors declining, the city’s shopping mall operators such as Langham Place in Mong Kok are shifting their focus to local consumers, and residential properties to be developed around Kai Tak in the years to come could offer a customer base for Sogo.

However, other analysts believe the move was Lifestyle betting that Hong Kong’s retail sector would be out of troubled waters by the time the new shopping complex welcomed its first visitors, probably in three or more years.

But for now, they say a substantial rebound is not on the horizon although the market has been hovering at rock bottom following dozens of months in the doldrums.

The city’s September retail sales logged a 4.1 per cent year-on-year decline, the smallest drop in almost a year, according to official figures.

However, analysts say the “good old days” when retailers just collected cash pouring in from bigger spending mainlanders are not likely to return, with the yuan depreciating and wealthy Chinese venturing farther afield to Europe for luxury shopping.

From the perspective of retailers, there is more to be done to lure back the increasingly discerning Chinese consumers.

To bring in more customers from across the border, Mary English of ICLP suggested luxury brands could partner with local five-star hotels to invite some mainland shoppers to Hong Kong with special transportation and accommodation offers. 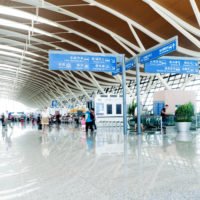 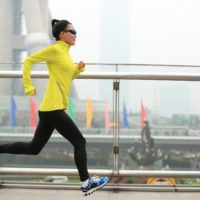