Under parent company L Brands, the 15,000-square-foot Macau full assortment store  — which not only sells its branded accessories and cosmetics but lingerie and sportswear — will bow at St Mark’s Square at The Venetian.

In addition to the latest collections and pieces, the store will showcase five sets of Victoria’s Secret angel wings – all of which have featured on the runway of past Victoria’s Secret shows. The curate will be on display at The Venetian from April 26 to May 31.

The news comes as the fashion lingerie conglomerate opened its first standalone store in mainland China in February. The four-story, 25,850-square-foot flagship opened in Shanghai, followed by a 12,294-square-foot store debut in Chengdu one week later. A Beijing store is coming later this year.

Meanwhile, Victoria’s Secret’s Asia expansion is also taking on a flagship store in Hong Kong. The brand is reportedly taking up prime location in Causeway Bay, the former residence of Forever21. It is slated to open in Hong Kong next year.

More and more international retailers are renewing leases in the region as tents in Hong Kong continue to drop, especially in Causeway Bay. According to a recent report by Everbright Property Investment Consultancy. For the first quarter of 2017, major lease transaction records in Hong Kong’s high-traffic tourist areas — including Central, Causeway Bay, Mong Kok and Tsim Sha Tsui — featured drops in monthly rents of up to 72% in some cases.

On average, Causeway Bay witnessed the sharpest rent price decline for the period, down 31%, the report said. 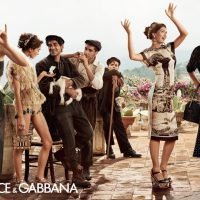 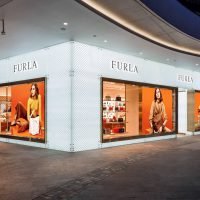