Victoria’s Secret is the closest it has ever been to opening an official store in China. And, according to local media reports, there will be two standalone stores from the American lingerie retailer that will bow, in a matter of weeks.

Victoria’s Secret will open two stores initially, one in Shanghai and the other in Chengdu. Both stores will be opened during the first quarter of 2017, said its parent company L Brands in a news release.

While exact details remained hushed on Friday, the Shanghai store is expected to open in approximately two weeks in the city’s Huangpu district on Huaihai Road, once the ‘Fifth Avenue’ of Shanghai. However, a series of mass store closures, including brands Louis Vuitton and Pacific Department Store last September, has seen the retail strip lose some of its appeal. Victoria’s Secret’s arrival on the street has local officials optimistic for its revival.

“Victoria’s Secret store, together with some other new commercial projects to be launched this year, will reinvigorate the commerce environment of Huaihai Road and help it to restore its former glory,” Chen Yong, director of the Commission of Commerce for Huangpu district, told a media briefing.

The news stores aren’t the first for Victoria Secret. The Ohio-based lingerie brand has been operating 20 concept stores in mainland China cities, but these only sell accessories and beauty products.

In March 2016, the retailer announced an expansion in the China market with plans to sell its core lingerie collections. Several Chinese models also walked as ‘angels’ in the latest Victoria’s Secret Fashion Show in November in Paris, a strategic brand move ahead of the retailer’s China debut.

Both China and India are forecast to be major growth markets in the next decade for lingerie. According to a recent report from Transparency Market Research, the global lingerie market will grow from $33.18bn in 2015 to $55.83bn by the end of 2024. The rise of new sales channels such as e-commerce and the introduction of affordable brands in China and India are two dominant drivers.

The market is expected to surge at a CAGR of 6.4% between 2016 and 2024, with international labels L Brands Inc., LVMH, Jockey International Inc., Hanes International, and PVH Corporation leading the sector at the head. 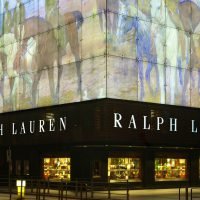 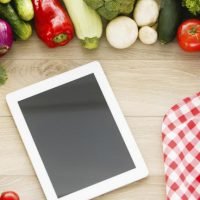 Singapore online grocery to triple by 2020