David Tang, the founder of the international clothing chain Shanghai Tang, and the China Clubs restaurants and clubs, said he had aggressive expansion plans for his new lifestyle boutique Tang Tang Tang Tang (TTTT) – which was named after the opening chords of Beethoven’s Fifth Symphony – over the next five to ten years.

Tang said he was excited about tapping into what he sees as a burgeoning segment of the Chinese population – young home owners and wanted to have 150 shops in the country. 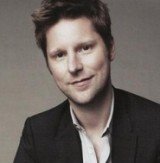 Christopher Bailey takes reins at Burberry as Ahrendts steps down