Shake Shack Inc., the burger-and-fries chain founded in New York, will open its first location in Hong Kong next year, setting the stage for a push into the fast-food hotbed of mainland China.

The restaurant will be opened with licensee Maxim’s Caterers Ltd. and a total of 14 locations are planned in Hong Kong and Macau through 2027, Shake Shack said Wednesday.

The chain’s upscale burgers and fries will appeal to the population there, and the restaurants will provide a base for eventually going into China, according to Chief Executive Officer Randy Garutti.

“You’re seeing changing preferences for what was traditional fast food,” he said in an interview. “There’s a continued thirst for great brands and a premium level of food at an approachable price.”

SEE ALSO: The Cheesecake Factory to open in May in Hong Kong

While about 90 percent to 95 percent of the menu will be the same as in the U.S., there may be more chicken items, said Garutti, who sees opportunities in mainland China, where Maxim’s operates other dining brands including Cheesecake Factory Inc.

A recent report also found that the chain is suffering from a lack of customer loyalty in the U.S. despite its more upscale image.

Shares of the company have declined 3 percent this year through Tuesday’s close, while the Standard & Poor’s 500 Restaurants Index has jumped 17 percent.

SEE ALSO: The Beyond Burger expands into Hong Kong

Expanding into China comes with challenges as other fast-food companies have faced supply-chain scandals and anti-Western sentiment there. Last year, Yum! Brands Inc. spun off its China unit to focus on turning around its U.S. business. The owner of KFC and Pizza Hut had struggled to boost sales in China as local competitors offer discounted prices and gain market share.

Shake Shack already has some locations in Asian countries, including Japan and South Korea, among its 135 restaurants. Still, Garutti said the U.S. is its main avenue for growth.

Domestic sales will be the “lion’s share” of the business going forward, he said. “We have massive growth ahead here in the states.” 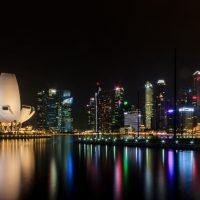 Singapore retail sales up 0.9% in May
Next Article 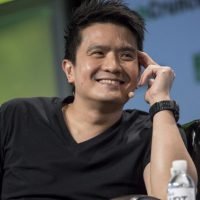 Featured Articles of the Week
Staff Writer 15 hours ago