Michael Kors plans to open around 100 new stores in China in next three years, as the US brand continues to plan for mass global retail closures, forming part of its recently revealed “Runway 2020” restructuring program to turn dwindling sales around.

“We think that the [accessories market] is down slightly in North America. We think it’s flattish in Europe. We think it’s up slightly in Asia,” John D. Idol, Michael Kors’ chairman and chief executive officer, told WWD in a recent interview.

The New York-based luxury leathergoods and accessories added that its main growth drivers moving forward will be its retail presence in Asia and its surging men’s category — each of which have the potential to become $1 billion segments of the brand.

Growth in Asia is the main, most achievable goal, according to Idol, with plans for 100 stores to be added in China alone and more elsewhere in the region over the next few years. There are 111 Michael Kors stores in Asia in operation now.

In addition, some 100 global stores will be renovated to sell better a new Michael Kors luxury collection, and reposition the high-end factor of Michael Kors to a bored clientele. Speciality salons for shoes are another area of planned growth for the brand.

The company also wishes to minimise wholesale, aiming for a revived Michael Kors brand that is 30 per cent wholesale and 70 per cent retail.

With the aforementioned retail and product changes in put in place, Michael Kors said it expected revenue of $4.25 billion for fiscal year 2018 and also forecasts a high single-digit drop in same-store sales. 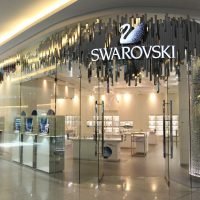 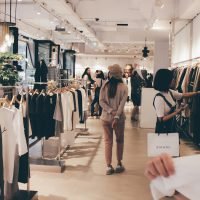