Line Friends, the character merchandising unit of Japan-based mobile messenger Line, will open its first store in the US at Times Square in New York City on July 21, the company announced on Twitter.

According to Line Friends, July 21 will mark the store’s “pre-opening” ahead of the official grand opening day slated for August.

This is so that the firm can have time to test operate and optimize the store in line with consumer needs before the official opening, a company spokesperson said Wednesday.

Visitors will be able to freely browse the store and make purchases during the pre-opening period, according to Line Friends.

The upcoming character store, spanning 430 square meters, will be located on 1515 Broadway that houses the renowned musical “Lion King.”

It will be the first-ever large-scale Asian character brand store to open in the US as well as commemorate the one-year anniversary of Line’s public listing on the New York Stock Exchange, Line Friends said.

Founded in 2015, Line Friends Corp. is a 100 percent-owned subsidiary of Naver-owned Line Corp. that operates the Line mobile messenger.

It creates various consumer products including dolls and stationery based on the signature characters featured as “virtual stickers” on Line messenger such as Brown, Choco and Cony.

Line Friends currently operates 83 stores in 11 countries, including Korea, Taiwan, Singapore, Indonesia, Japan, China, Thailand and Hong Kong. And now, it is branching out for the first time to consumers in the West.

Line Friends CEO Kim Sung-hoon expressed confidence in the character brand’s outlook in the US in a statement to the media in March this year.

“We’ve built up a foundation (for success), having opened a Line Friends pop-up store in New York’s Times Square in 2014 and featured large LED billboard advertisements in late 2015,” Kim said in March. 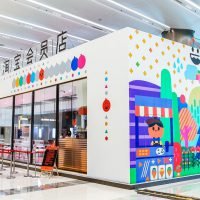 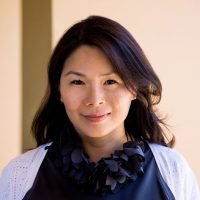