Japan’s convenience store chains are expanding into Asia as a shrinking domestic market hints at saturation.

The expansion began when Southland Corp. of the United States, the founder of the 7-Eleven chain, entered Taiwan in 1980.

Seven-Eleven Japan, now a subsidiary of retail giant Seven & I Holdings Co., entered China in 2004 with a single outlet in Beijing. It logged three times the sales of local chains, thanks in part to its Japanese-style products such as boxed lunches and rice balls.

The success prompted Seven-Eleven Japan to staff its outlets in South Korea, Hong Kong and elsewhere with Japanese workers.

SEE ALSO: Japan convenience stores struggled from March to May

FamilyMart Co.’s outlets in Taiwan account for more than half of its stores in Asia outside Japan. The company’s other Asian markets include China and Thailand.

Ministop operates mainly in South Korea. Its outlets have areas where customers can sit and eat.

Lawson lags the competition in terms of expansion, with only 821 stores in Asia outside Japan as of the end of June.

It suffered a slow start in China. Lawson entered the Chinese market in 1996 through a joint venture with a local company in Shanghai but failed to increase either sales or the number of outlets as the partner retained management control.

In 2010, Lawson established a wholly owned subsidiary to set up operations in Chongqing. In 2011, it converted the joint venture in Shanghai into a subsidiary to turn it into a more Japanese product.

Lawson is aiming for 3,000 outlets in China by 2020 by promoting franchises.

Demand for convenience stores is forecast to grow in Asia, where increasing numbers of people are expected to enter the middle-income bracket. In China, new stores are opening at an ever-faster pace despite the nation’s economic slowdown.

Nevertheless, the Japan External Trade Organisation is upbeat on the chains’ ability to meet expectations across the continent. One JETRO official said Japanese convenience store chains are “fully capable” of developing merchandise that will fly off the shelves. 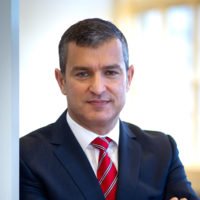 Mobile e-commerce: The key to reaching Asian consumers
Next Article 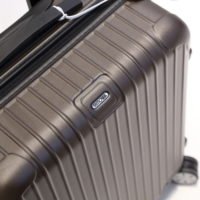 LVMH to buy majority stake in Germany's Rimowa for $716 Million