Hongkong Land Holdings, the largest commercial landlord in Central, is making its first retail foray in Beijing – a market that drastically differs from its home turf.

The developer will start trial operation of WF Central, a 150,000 square metre retail, dining, hospitality and lifestyle hub in downtown Wangfujing, at the end of November 2017.

The US$1.1 billion investment is the company’s first large-scale shopping centre endeavour in China’s capital. It also operates shopping centre in Shanghai, Chengdu and Chongqing.

The company said it envisaged the complex as a Beijing landmark of quality living, by integrating luxury, fashion, food, lifestyle, art and culture, and a 74-room Mandarin Oriental hotel. The retail space is about 50,000 square metres.

Hongkong Land has spent a lot of time and energy on this project. Although it acquired the site in 2011, negotiations to buy the property stretch back more than 10 years.

“WF Central is poised to meet the needs of China’s next-generation of consumers and stands as a testament to Hongkong Land’s ability to transform communities with diverse, sophisticated and attractive development,” said Raymond Chow, executive director of the company at a press conference. “This is not a 10-year, 15-year investment. It is a generational investment.”

With the soft opening Hongkong Land will introduce a mix of more than 100 tenants including luxury brands such as Chopard, Jimmy Choo and Moschino and also fast fashion brands like Victoria’s Secret and Pandora. Dining includes Cheesecake Factory, Beijing’s first; lifestyle such as Yan Ji You Bookshop, Pure Yoga centre and footwear and sports apparel brand Under Armour.

Asked about the competitive landscape and the impact of e-commerce, Chow said he is “very confident” about the Beijing market, as Hongkong Land will bring global best practices and has strong ties with retail brands.

He said the shopping centre will not only offer shopping but also lifestyle, art and culture components.

“These components you cannot buy e-commerce platforms. You have to come to the city centre and experience it,” Chow said.

But he also admitted that WF Central will operate in a very different environment compared with Hong Kong, where office workers and residents in the building above can stroll to the lower-level mall.

Ji Ming, a manager of JLL North China research team, said WF Central in Wangfujing is known for its tourist attractions and is teeming with crowds.

Beijing’s downtown mall vacancy rate stand at 6.2 per cent, according to JLL data, a healthy level.

“Although there are lots of malls out there, there are still some brands catering to younger generation that they can’t find elsewhere,” she said.

She said mall operators in Beijing are increasing fast fashion, restaurant and lifestyle elements to compete with e-commerce, and the most successful of these has been Taikoo Li in Sanlitun, developed by another Hong Kong company Swire Properties.

“I would say Taikoo Li is a benchmark, and a newcomer like WF Central should look at it for success,” she concluded. 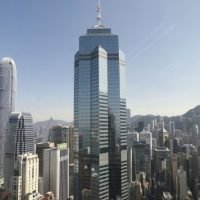 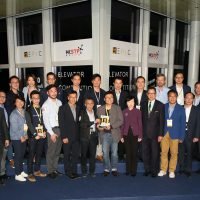