Boots to open the largest flagship store in Myeongdong

E-Mart opened its booth flagship store in Shinhan Financial Center building in Myeongdong on July 28. Boots is the UK’s no.1 drugstore brand, with more than 13,300 stores in 11 countries around the world.

The booth store is the largest of domestic H & B stores with a size of 1284 square meters (about 388 pyeong). The store consists of four floors ranging from floors 1 to 4 on the ground. Currently, only three floors are partially open.

The first to third floors are operated as H & B sales spaces. The 4th floor plans to create a K-pop studio and a cafe. Considering the characteristics of Myeong-dong commercial area, many foreign tourists will be able to buy products related to Korean entertainers and it will be opened at the end of next month.

The first floor is composed of color cosmetics brands such as Mac, Shuuemura, and Benefit. On the second floor are hair and body care products such as Aveda and Renefurterer, and on the third floor are skin and health care brands such as Biotherm, Darphin and Dermalogica.

Each floor sells its own brand of boots (PL) products for each Kategori such as No. 7 and Soap & Glory. This large boots store was located on where is only 50 meter away from the Olive Young Myeongdong store, which is the largest store.

In Myeong-dong, where there is much demand for tourists, it is anticipated that Korean version of H & B Olive Young and Boots, with high recognition by foreigners will fight a fierce battle. Especially, it is easy to compare merchandising and price while shops are located side by side.

Olive Young is the number one player in the market with annual sales of KRW 1.127 trillion as of last year. There are more than 800 stores nationwide. Boots opened Starfield Hanam in May, and it also introduced a small store at express terminal.

The number of stores nationwide is three including Myungdong-dong, which opened this time. 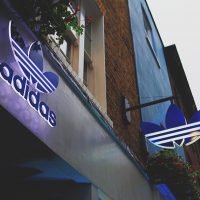 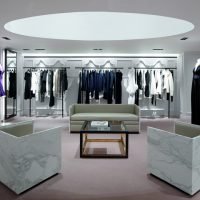