Apple is reportedly opening its first store in Singapore this month, according to CNBC, which will also serve as the U.S. tech giant’s first Southeast Asia store.

Located at the city’s Knightsbridge mall on Orchard Road, the hotly anticipated Apple store – which spans five storefronts and climbs four storeys, is due to open May 22, a retail fit-out worker has told CNBC.

CNBC managed to speak with the Legends Interior employee onsite last Thursday after finishing work on the retail space, who said the store is planned to open May 22.

When contacted via email, the Apple’s head of corporate communications for Southeast Asia and India. Katrina Tran, told CNBC, “We don’t have any new announcements about Apple retail.”

The mega-store has been veiled in secrecy since works began on the site some two years ago, with problems relating to the construction in a busy part of central Singapore being the reason behind such delays.

Singapore’s Ministry of Manpower (MOM) issued a stop work order to the contractor for the worksite, Legend Interiors, a retail interiors specialist. The order went into effect on October 24, 2016 and was lifted on November 16, 2016.

MOM told CNBC, the stop work order was issued “for unsafe conditions relating to work at height, traffic management, scaffolding, electrical installation and lifting operations that were observed during an inspection at the worksite.”

A sign outside the building site originally said the expected completion date was October 31, 2016. Then it was changed to January 30, 2017, before a date was erased completely.

A source with knowledge of the project also told CNBC about problems with a neighbour — the Grand Royal Orchard Singapore hotel. That source said there had been a conflict over logistical and infrastructure issues related to the construction

Apple is notorious for secrecy with new stores and is known for strict non-disclosure agreements for the company’s contractors and suppliers, including $50 million payouts for each breach. 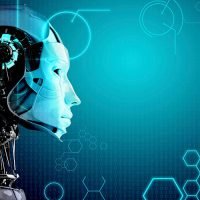 What retailers need to know about Artificial Intelligence marketing
Next Article 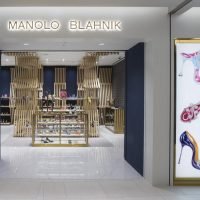