Adidas Korea renewed its flagship store and reopened to commemorate the third anniversary of the opening of this year.

“Adidas Originals” will provide consumers with the store as a space to express their individuality and creativity, not just a place to sell products.

The store, which opened in 2014, attracted attention as the third flagship store of Adidas Originals in the world. While expressing the aspiration to become Seoul’s leading street fashion and cultural center, it was loved by sneakers mania with various collaborations and limited edition items of “Adidas Originals” as well as parties and events.

“Adidas Origins” has organized a variety of events on the theme of ‘CREATIVE CANVAS’ that fans of the brand can participate and enjoy before re-opening.

On Saturday, July 29, the first weekend of reopening, the ‘Do The Over’ party, which has been taking part in celebrated cities all over the world starting in LA in 2005, is held in the back yard of the flagship store .

The famous DJs will show DJing performances in ‘Do The Over’. Anyone who is a fan of “Adidas Originals” can apply through the event page.

As part of the NMD ‘NEVER FINISHED’ campaign from September 29th to August 9th, various inspirational pictures of the city taken by customers will be displayed in the store.

On August 5th, it will hold ‘ADIDAS MAKER LAB’ event where you can create your own sneakers miniature of your desired design and color.

On August 12, “Adidas” sneaker collector “Quat” of Berlin, Germany will visit the flagship store. He will display 200 pairs of “Adidas” vintage sneakers in his collection and have a time to meet domestic consumers, talking about street culture. 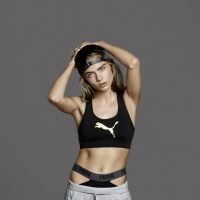 Puma Asia-Pacific records most growth in Q2
Next Article 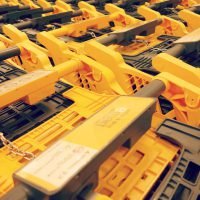 Boots to open the largest flagship store in Myeongdong