Wang On hoping to buck retail gloom with Ginza-style projects

Wang On Properties, a developer known for its boutique residential flats, is now banking on so-called “Ginza-style” commercial projects in busy shopping districts, to counter the lingering downturn in Hong Kong’s retail sector.

Named after one of Tokyo’s busiest shopping streets, Ginza projects are commercial properties where two businesses share the same space. The term was coined when sky-high retail rents for street-level shops forced stores in the city to move upwards, to offer more affordable space.

“The Hong Kong economy will never hit a dead end. The short-term gloom will not develop into a long-term one and there are still enough opportunities for growth,”said Wong.

“We accumulated shops in the city between 2004 and 2008, and actually things turned out well. We made that move when sentiment was extremely bearish,”he said.

The property arm of local corporate giant Wang On Group has emerged from the shadows to be an active bidder for government land sales, and has already locked horns with several big developers for prime spots at auction.

Though its roots are deeply entrenched in the housing market, Wong said the company is now mapping out its plans for Ginza commercial properties, which will see a mix of mass-market restaurants, lifestyle and beauty retailers, as well as high-rise upper-floor space.

This type of property first started springing up in Hong Kong a decade ago, an early example being the Soundwill Holding project on Sharp Street in Causeway Bay. 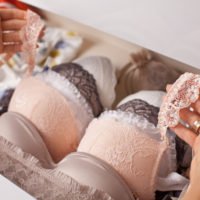 Chinese lingerie brands need to step it up
Next Article 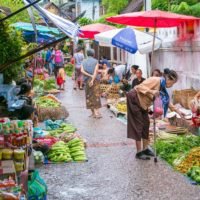 Why Laos' retail market is worth a look