Robinsons Retail Group, the retailing arm of the Gokongwei Group, has acquired 51 percent of The Generics Pharmacy (TGP), a family-owned generics drugstore chain with over 1,800 stores.

The move widens the Gokongwei Group’s footprint in the drugstore business after acquiring South Star Drug in 2012.

With the combined network of TGP and South Star Drug, Robinson Retail’s drugstore network will now grow to nearly 2,200 stores nationwide, the largest in terms of the total number of outlets in the country.

TGP was founded by the Liuson family, which has been in the pharmaceutical business since 1959, initially as importer and wholesaler under the name Pacific Pharma.

In 1983, Pacific Pharma shifted its focus to generic medicines after realizing the serious need of most Filipinos for quality medicine at affordable prices.

The family ventured into retail and set up TGP in 2001 and expanded this in 2007 to bring affordable medicines and healthcare to far-flung areas of the country through the franchising business model. 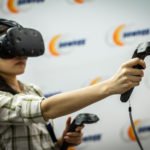 Vive : HTC builds the case for VR in your living room
Next Article