Located in Tokyo’s east on the Nihonbashi Hamacho strip, the new concept store is a melange of modern design and traditional Japanese tearoom culture.

Set over two stories, the new concept store was designed by Tsunemu Nagasaka at Schemata Architects and features a traditional Japanese warehouse (‘kura’) constructed some 120 years ago.

The warehouse had to be relocated and reassembled inside the new building and is based on Nagasaka’s idea of “rather than preserve a traditional warehouse beautifully, provide it with new functions and value,” reported DesignBoom.

Inside, there are wooden elements from the 122-year-old ‘kura’ along with metallic pieces and concrete details. The first floor is the retail space, which sells a curation of seasonal footwear, Japanese tea and pottery. Upstairs, the second floor is used as an office space for New Balance’s Tokyo design team, made of American and Japanese employees.

Downstairs, the retail interior also doubles as an event space, intended to host exhibitions and workshops, and will feature special releases from a variety of the brand’s global collaborations and artists across a range of crafts, setting up installations based on a new theme each month.

On the last five years, the U.S. sports brand has been making consistent inroads in the Japanese market. In 2017, it debuted a new lifestyle concept store in Japan called New Balance Roppongi 19:06.

Located in Roppongi in Tokyo ’s Midtown area, the store was named after the area it is situated – Roppongi, and the year 1906, when New Balance was born.

Looking ahead, New Balance did not disclose if it had any plans to open more T-House locations in Tokyo or Japan, and beyond, in the near future. 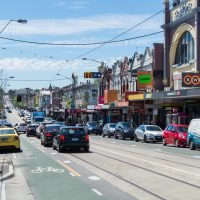 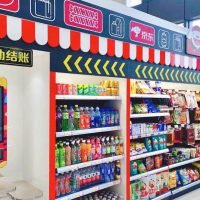