The first store to open in Europe since the company’s successful listing on the New York Stock Exchange earlier this month, it signals continued global expansion for the brand as retail rebounds in Europe.

Two more store openings are planned in France for this year, and MINISO aims to open additional locations in 2021. The retailer offers around 2,000 creative and low-priced goods ranging from creative home necessities, health and beauty products, fashion accessories and stylish gifts to office supplies, boutique package decorations, digital accessories, as well as food and seasonal products.

Shoppers in the chic District 8 now have the choice to purchase sleek goods without worrying about the price tag. Located on 58 Rue de la Chaussée-d’Antin, MINISO’s new store is within walking distance of Paris’ luxury stores, and offers more than 80% of its well-designed, quality products priced at under 10 euros.

Before officially bringing its international aesthetic to the global fashion capital, MINISO first caught Parisians’ attention by debuting 40 original products at the Manson & Objet Fair last September. Almost exactly one year later, the brand was introduced to the French market by seasoned retail businessman Jonathan Siboni, the President of Luxurynsight.

“Following much anticipation, I am thrilled to bring MINISO to French consumers. MINISO was a love-at-first-sight story for me at the Maison & Objet Fair last year. From the start, Ye Guofu’s vision has been generous and consistent, with an accent on customer experience. We have solid evidence that only being a visionary in retail can lead to also becoming a giant in digital. I was set on bringing this popular brand to the French market the moment I saw their stylish yet affordable products together with their advanced store management, and even more so determined after visiting dozens of MINISO stories throughout Europe,” said Siboni.

MINISO, too, shares that excitement and eagerly looks forward to bringing its successful brand to France.

“For MINISO, the French market is one of the most important and influential markets in Europe and across the world. Through our close collaboration with Mr Siboni and his team, we plan to open two other stores in Paris by the end of this year. We are confident that French consumers will increasingly fall in love with the thousands of affordable, quality products that MINISO has to offer,” said Edward Zhu, MINISO regional director.

In 2018, the company established the MINISO Design Academy (MDA) in order to create more high-quality products that skillfully blend creativity and practicality. As of this 30th June, the MDA has teamed up with 25 external partners and 49 brilliant designers from Finland, Denmark, Norway, Spain and South Korea. Their work has won 28 renowned international design awards such as the iF, Red Dot and ‘K Design’. The company is also continuously searching for and cultivating young designers with its MINISO Design Day, participating in art fairs and holding design competitions.

MINISO opened its first store in Guangzhou, China, in 2013. Following seven years of rapid growth, MINISO has now opened more than 4,200 stores in over 80 countries and regions, including the US, UK, Canada, Australia, Spain, UAE, India, and Mexico. Earlier this month, MINISO listed on the NYSE, becoming the fastest budget chain to go public. 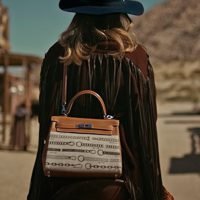 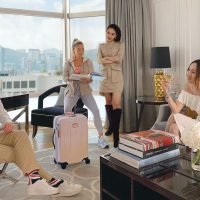