The partnership extends the existing contract held by Dufry-owned Nuance to 2022, representing a significant milestone for Melbourne Airport as it continues to expand its retail offerings for local and international travellers.

The current airside duty free retail operations located in Terminal 2 will undergo a total metamorphosis over the coming year, with a 30% increase in retail footprint and a new layout when completed by first-quarter 2017.

The partnership is a first for the company in Australia, which “demonstrates a clear intent to grow its presence within the Australian market through the newly extended partnership with Melbourne Airport”, says Dufry.

This next phase of retail transformation at Melbourne Airport follows hot on the heels of the successful opening of the new T4 domestic terminal and transport hub in late 2015. T4 is built on 20,000m² over three levels and can accommodate up to 10 million passengers a year. 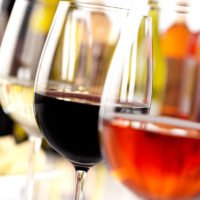