Germany’s MCM (Modern Creation München) has officially opened its MCM Haus at Paragon, the second location to arrive for the luxury accessories brand in Singapore.

Located on the first level of the luxury shopping centre, the 2,160 square foot store retails MCM’s latest collection of leather goods, fashion and apparel, as well as shoes and accessories.

The handbag maker also offers its customisation service in store, a Southeast Asia first for MCM. Via the Made-to-Order Patricia service, clients can select preferred patterns and materials. From either the Visetos and Park Avenue calf leather, each available in 5 colours, shoppers can browse sticker options in both embroidery and crystal. Finally, consumers can monogram up to four initials on the tag of their new bag.

As for the store design, MCM Haus reflects a contemporary edge and is mixed with Singapore’s gardenia traits, seen in the plants and flowers throughout the store. The Haus layout also introduces new retail store materials such as travertine stone flooring, brass metal fixtures and display tables with marble tops. There’s a large seating area for customers too.

Founded in 1976 by Michael Cromer, the Munich-born luxury accessories label was acquired by Korean businesswoman Sung-Joo Kim in 2005, who went on to established the brand well in Asia. In particular, MCM is popular in South Korea, where it is highly appreciated by a young, directional clientele.

In July, MCM widened its reach in Japan setting up a pop-up shop in Isetan Shinjuku.

Today headquartered in Zurich, Switzerland, the brand is currently distributed via 400 multi-brand stores and 130 directly owned ones. 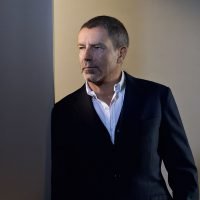 Tomas Maier to close down
Next Article 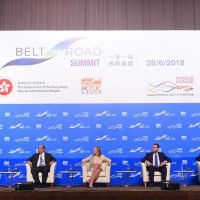 Have you missed the third Belt and Road Summit in HK?