L’Occitane shrugged off the suggestion that China’s economic slowdown is hurting consumption, as the upmarket French skincare brand is planning to expand into the country’s lower-tier cities for growth opportunities with the help of e-commerce.

As for smaller cities without any dedicated L’Occitane stores, Hoffmann said China’s booming e-commerce sector, in particular Tmall — an online platform for branded goods operated by Alibaba Group Holding — would fill the gap. The company has a marketing partnership with Tmall to reach out to China’s emerging middle class who are eager for imported premium products. L’Occitane’s e-commerce channels saw growth globally of 14.5% last year, compared with about a 10% rise in retail sales.

L’Occitane’s expansion in China comes at a time when it is seeing a slowdown in traditional markets like the U.S., the U.K., Taiwan and Hong Kong. Mainland China was its biggest source of growth last year, ahead of Brazil, France and Russia. Its sales there grew 16.8%, contributing nearly 30% to the group’s overall growth. Sales in Brazil and Russia grew 11.5% and 10% respectively.

The group reported a modest 8.9% rise in sales to 1.28 billion euros ($1.45 billion) in the 12 months ended in March. Full-year net profits fell 9.8% to 113.6 million euros, primarily due to foreign exchange losses of 6.9 million euros in emerging economies and the settlement of tax disputes with the French authorities, which cost 14.6 million euros. It has proposed a final dividend of 0.03 euros per share, the same as last year.

In Hong Kong and Macau specifically, L’Occitane has been more cautious in expanding due to a dwindling number of mainland Chinese tourists visiting these territories. It has closed one store in Macau. In September, it will shut down another in Hong Kong. 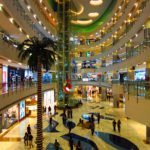 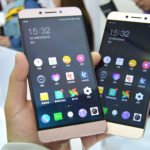