SEE ALSO : Starbucks chooses HK for its one of a kind Starbucks Flagship

To celebrate the store’s grand opening, a feast for the senses was hosted by Italian chef Daniele Paralovo alongside model and culinary goddess, Danielle Peita Graham.

The highlights of the event included a live cooking demonstration and food-themed hair accessories by stylist Alistair Rae. The larger than life KitchenAid Artisan stand mixer on display at the store was also the centre of attention.

Founded in 1919, KitchenAid’s story begins in 1908 when engineer Herbert Johnson came up with the idea of a stand mixer after observing a baker mixing dough and thought there should be a better way of doing the task.

Almost a decade after the initial introduction of KitchenAid’s iconic stand mixer, the appliance brand has presence in 92 countries all over the world, in which Hong Kong is the second flagship experience store after Korea in Asia.

As a favourite of tastemakers and creative cooks such as French chef Oliver Baiard and American cooking guru Julia Child, KitchenAid is known for its bold yet sleek design and professional performance.

Some of the most loved KitchenAid designer appliances include their iconic fridge and stainless-steel kitchen appliances that are as sophisticated as fine art. 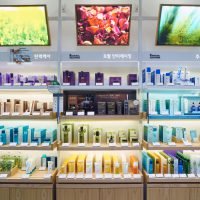 Korea’s cosmetics exports in January-May up 36.7 percent on year
Next Article 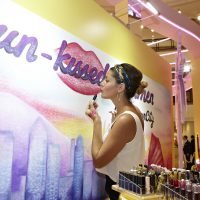