KFC has opened its 700th store in Indonesia, as the U.S. fast food chain continues to expand its restaurant reach across the country.

“We chose Java as a theme because it adapts to the local culture of Solo, which is closely attached to the Javanese culture. Even Solo also has the ‘The Spirit of Java’ motto, which reflects Solo as the Javanese culture centre. We feel this motto is aligned with our theme ‘Keep Original’, which consistently maintains production quality, product presentation and the spirit of innovation for Indonesia,” said Hendra Yuniarto, general manager marketing of PT Fast Food Indonesia Tbk.

“Amid diversity and foreign culture invasion, we want to invite consumers to love and appreciate Indonesian culture, especially Javanese culture and explore the meaning of the cultural essences. For this reason, we present Javanese ornaments in this store’s interior and exterior,” continued Hendra Yuniarto.

Although the theme is Javanese culture, the new store also carries a modern aesthetic and a touch of industrial style. KFC’s famous Colonel Sanders is the main design showcased on the store’s wall and the décor and atmosphere is targeted on digital-savvy Indonesia millennials.

The new store also provides a children’s playground, promoting a family-friendly environment, as well as the much-loved aspects of fast-food service: drive thru, birthday party rooms and 24 hours trade.

“In accordance with KFC Indonesia’s vision and mission, we will continue to expand our restaurant chain so we can be present more closely with consumers, both in big cities that are full of competition and cities in the second level regions,” added Yuniarto. 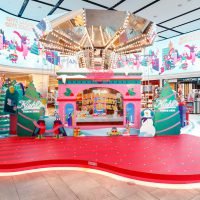 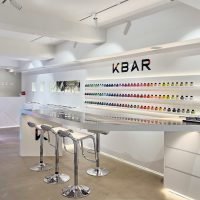