This also makes Kenzo the first LVMH-owned fashion label to open a standalone store on Alibaba Group’s dedicated platform for luxury and premium brands. The luxury group has introduced a growing range of its beauty, accessories and wine subsidiaries on Tmall and the Pavilion, including Guerlain, Givenchy, Fresh, Benefit, Rimowa, Tag Heuer, Zenith and Moët Hennessy.

Kenzo’s flagship store offers some of the most popular items from its ready-to-wear, footwear, bags and accessories collections. To celebrate the store opening, the brand debuted its kung fu-inspired Chinese New Year capsule collection on the Pavilion, including everything from T-shirts and jumpers to backpacks and trainers that feature Kenzo’s Kung Fu Rat character, a nod to the zodiac animal of the new lunar year. Two items from the new capsule – a red cap and a zipped card case – also made their global exclusive debut on the Pavilion.

Kenzo introduces its Kung Fu Rat character to usher in the new year.

To engage young shoppers, the brand also released a Kung Fu Rat-themed animation and interactive racing game inspired by 1950s comics and martial-arts movies from the 1970s. Pavilion users can play the game, featuring Kung Fu Rat and his Chinese-zodiac companions in a race across a hand-painted landscape, to win special perks and benefits. As part of the launch, Kenzo is also offering some of its first Pavilion customers special-edition boxes for purchases as well as interest-free, flexible payment options via Ant Financial’s consumer-lending service, Huabei. 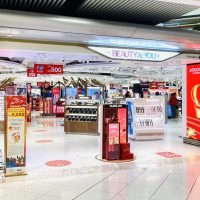 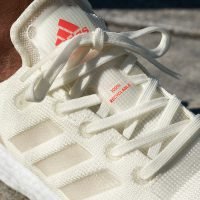 adidas continues to aim for sustainability