JD is planning to open three home appliance flagship stores in three cities in China this September. The three stores will be located in Bengbu in Anhui province, Jiaozuo in Henan province and Deyang in Sichuan province.

Each new store will have an area of 10,000 square meters, and customers will be able to buy over 10,000 varieties of products in-store. They will also be able to place online orders for more than 200,000 products.

The stores will include experience zones for large brands such as Apple, Huawei and Xiaomi. In addition, consumers will be able to experience innovative tech products like drones, cleaning robots, and VR devices.

“I want to buy a DJI drone, but I need to try it out first. It would be nice to experience it in a store in my city,” said a man surnamed Liu in Bengshan district of Bengbu.

Liu made a reservation to visit the flagship store right after he learnt it was opening.

The three stores will bring the total number up to four—the first one opened in Ma’anshan, Anhui province on 18th June this year. Its opening day saw a sales volume of US$7.16 million. More than 46,000 people watched the livestream of the store that same day.

“When consumers scan a price tag with their mobile phones, they will see a detailed product page including buyer comments and discount information. They can expect the same price as online buyers, as well as free delivery,” said Wang Zhaojun, the store’s manager.

JD eventually plans to open such a home appliance flagship store in each tier-1 to tier-3 city in an effort to bring offline experiences directly to consumers. 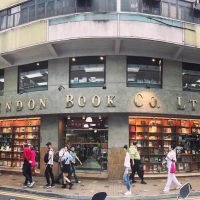 Swindon bookstore to close in Hong Kong
Next Article 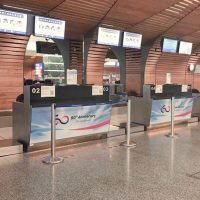