Japan’s Facetasm has teamed up with The Coca-Cola Company on a limited-edition capsule collection, which department store Isetan will distribute via a new pop-up, alongside selected outlets globally.

The Japanese streetwear label collaborated with the U.S. beverage giant on a collection inspired by vintage Coca-Cola vendor fashions and the 50th anniversary of the company’s ‘It’s the Real Thing’ campaign, which launched in 1969.

The 22-piece collection came about after Facestasm founder, Hiromichi Ochiai, went to the U.S. to visit The Coca-Cola Company headquarters in Atlanta, Georgia and viewed its
archives for inspiration. Following the visit, Ochiai used 20th-century era industrial fashions to construct the 22-piece collection.

Key items include it-shirts, hoodies, caps, jackets, shorts and pants featuring green and red colorways. The styles are oversized and gender-neutral with vintage artisan stitching patterns; made to portray 60s nostalgia in a modern context.

The line will form part of Facetasm’s autumn/winter 2019 collection with the brand hoping to leverage off Coke’s global following and brand recognition.

“Coca-Cola is loved by everyone and collaborating with such a brand is a big opportunity for Facetasm,” said Ochiai in a press release.

“It enables us to show our collection to an even larger audience. This project is a mash-up of street and luxury. We hope consumers enjoy the vibe created by the two totally
different companies coming together on this collaboration,” he continued.

The collection will launch on June 26, 2019 in France inside Paris retailer L’Eclaireur, before dropping in Selfridges in London; I.T. in Hong Kong; Isetan in Tokyo (Shinjuku, Mens Building, 2F Mens Creators) and five other international stores.

Meanwhile, Isetan Shinjuku will host a pop-up July 10 through 23, 2019,  featuring four limited-edition items from the collection including a jacket, shirt, shorts and pants – all
exclusive to Isetan.

On July 27, 2019, the capsule collection will be available for purchase at Facetasm Omotesando, the Facetasm e-store, and 11 other stores throughout Japan. 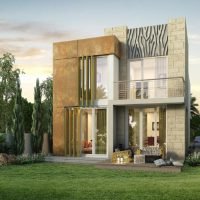 Is Damac Properties taking over Roberto Cavalli?
Next Article 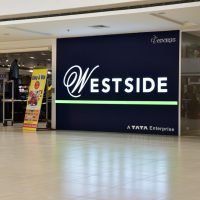