French lifestyle eyewear brand IZIPIZI celebrates its 10th anniversary with the opening of a pop-up at Hysan Place in Hong Kong and the launch of the #D Tortoise collection.

Put a smile on your face! is the motto of the brand and the new collection aims at cheering up your Summer bringing back the iconic tortoise pattern with a yellow twist, #D Tortoise. The 10th anniversary sees IZIPIZI succeeding in international expansion with important partnerships worldwide. Bluebell Group, looking after expansion in the Hong Kong market, has chosen Hysan Place for the opening of a pop-up in a city that throughout the years has seen the brand awareness growing thanks to the playful design easy to match with any style.

The brand was launched in 2010 in Paris by three college friends and started building its retail presence in 2012. As of today, the brand has 4,000 POS across different distribution channels such as concept stores, museum stores, fashion stores, and optical stores in over 65 countries worldwide with a strong presence in France with 600 POS. 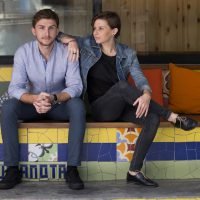