How Shimamura is beating Uniqlo at its own game

No-frills fashion. Cheap and cheerful. Call it what you will, Shimamura Co. has a money-making formula for selling clothes in Japan’s moribund economy.

Growth in operating income at the country’s second-largest clothing chain has outpaced bigger rival Uniqlo-owner, Fast Retailing Co., for the past five quarters. The reason may come down to the 63-year-old retailer’s simple approach.

Shimamura employs no fashion designers or celebrity models. Most of its 2,000 outlets are in residential neighborhoods, rather than on upscale shopping strips. Its merchandise — including 1,140 yen ($10) cardigans and 900-yen skinny pants — are mainly sourced from low-cost manufacturers overseas.

“We don’t gamble, we only go into what we are certain we can win, and do what we understand,” President Masato Nonaka, 56.

Shimamura’s net income surged 46% to 16.7 billion yen in the six months ended Ang. 20, beating its own guidance of 14.8 billion yen, the company said.

That expansion has taken Shimamura’s share of Japan’s apparel market to 4 percent, eclipsing World Co. in 2011, but still trailing Fast Retailing’s 12 percent, according to Euromonitor International.

JP Morgan Securities analyst Dairo Murata said in an interview “They are different in what they have done in the past, and what they trying to do in the future. While Uniqlo has a large portion of its sales overseas, Shimamura is mainly domestic.”

Shimamura has no e-commerce presence and its dozen or so outlets in China have struggled since they opened over the past four years due to a lack of brand recognition.

In contrast, Uniqlo has stepped up its expansion overseas, growing to 958 international stores including 472 in mainland China as of end-August.

Also, Shimamura is looking to acquire businesses in product categories where the chain is lacking. “But we would like to avoid risk as much as we can to expand our business,” said Nonaka. His company bought retailers Tawaraya Co. and Avail Co. in 2009, according to data compiled by Bloomberg. 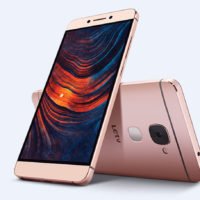 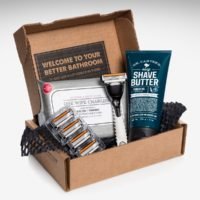 In the future of retail, we’re never not shopping