Swedish fashion giant Hennes & Mauritz (H&M) is to make its retail debut in Vietnam with the opening of its first stores in the country next year.

H&M will follow brands such as Zara, Mango and Gap om making its move on the Vietnamese market. In a statement, the retailer said it has signed for first store opening in the country during 2017. The number of stores was not given.

Sean T Ngo, CEO at VF Franchise Consulting, said that most international brands are opening in Vietnam through franchising, or granting the right to use a firm’s business model and brand to a local partner.

H&M currently operates around 4,200 stores across 64 markets. Last month, the retailer saw its earnings tumble in the third quarter, hurt by increased markdowns and higher purchasing costs from the strengthening USD.

The Company ha said it plans to open around 425 new stores and move into three new markets in the 2015/2016 financial year, including a move into New Zealand last month. 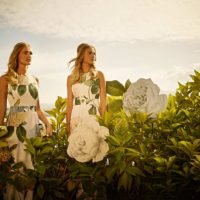