Hermès announced the opening, on 19th September 2020, of its new store within the Parco shopping centre, located in the bustling neighbourhood of Shinsaibashi, Osaka, Japan.

The two-storey, 515m2 space is the fourth Hermès store in the city and the largest in the Kansai area, offering customers a further opportunity to discover the abundant collections of the Parisian house.

Facing Midosuji Boulevard, one of the main streets in Osaka connecting the districts of Umeda and Namba, the wide façade is composed of undulating glass which creates a striking water-like effect on both floors.

Natural light floods unobstructed through the windows into the interior which is decorated with ropes hanging from the ceiling. The ropes, introduced to Japan in the Asuka era and developed in the Edo era as an auspicious symbol, showcase traditional Japanese craftsmanship with the Kumihimo braiding technique. The knots in the handmade ropes symbolise the connections between people and cultures, and between past, present and future generations.

Visitors entering from the street discover the silk collections presented in a variety of sizes and colours, including the new double-sided scarves. The men’s and women’s ready-to-wear collections are abundantly displayed on both sides. At the far end of the store, making the most of the four-metre-high ceiling, are three box-like structures designed to be independent spaces with separate walls and ceilings. Each of them serves as an intimate salon presenting an extensive selection of women’s shoes, equestrian and leather goods, and the collections of jewellery and watches, all laid out in perfect harmony with the home universe and other collections.

Imagined by the Parisian architecture agency RDAI, the natural flow and intimate displays encourage a sense of exploration as guests encounter the different Hermès métiers. Near the other entrance, which opens onto the interior of the shopping centre, visitors are immersed in the world of perfumes, women’s silk, and fashion accessories. The signature Hermès ex-libris, inspired by the Faubourg Saint-Honoré flagship store in Paris has been created in mosaic on the floor of both entrances. Ascending to the upper level, guests can pause at the bar, a new element introduced to enhance the store experience. The made-to-measure service will be located at one end of this floor.

Echoing the annual theme for 2020, Innovation in the making, this new retail space mirrors Hermès’ tribute to the human hand and to the ingenuity of its artisans. This new store showcases the house’s craftsmanship and creative freedom through its exceptional objects and the enhanced experience it offers current and future customers in the Kansai area. 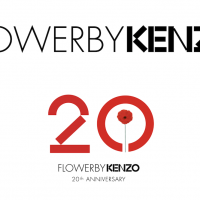