With the opening of a new space at the Shinsegae department store on 4th December 2020, Hermès presented a larger destination where visitors can enjoy an enhanced retail experience.

Echoing its setting with more collections to discover, the store reflects the ever-growing energy of Daegu.

The latest Hermès location in South Korea is a 330 square meters store in the capital of the Gyeongsangbuk-do Province that stands out for its corner site within the mall, contemporary statement and smooth stone façade bordered in a lacquered bronze finish. Resembling both wood and marble, the soft ochre exterior sets the stage for a rigorous yet inviting plan inside. The layout is composed of two angular axes where the Hermès’ métiers are demarcated by geometric frames and traditional material juxtapositions that highlight the inspirations and work of Korean art and artisans.

The finessed service, heritage and French savoir-faire inherent to Hermès are in perfect harmony with the delicate craftmanship and sensitive minimalism of Korean design.

The wood marble finish from the outside façade reappears on walls and along the floors as a seamless transition inside. Upon entering, visitors are greeted by the inlaid Hermès ex-libris, the signature house mosaic specially accented with hues of linen, yellow, grey and rose. From here, they can explore the open layout of the different Hermès’ métiers. They are first introduced to the women’s and men’s silk collections as well as perfumes.

Next, the leather universe, a generous space that includes bags and equestrian goods, is defined by a lacquer technique that transmits a leather effect. Nestled further into the store is a salon showcasing watches and jewellery. Towards the women’s ready-to-wear collections, wallpaper featuring a subtle leaf motif expresses the character of this location. Elsewhere, sliding claustra panels have been produced according to the traditional chaesang-jang woven bamboo technique. Set in front of the windows,
they simultaneously provide an intimate backdrop for the men’s ready-to-wear, and home universe.

Under the Grecques lighting – a characteristic feature of Hermès stores – three bespoke carpets bring a subtle dynamism and sense of warmth to the environment. Woven in a spectrum of scarlet, ochre and beige, the naturalistic pattern evokes the mist that settles over the nearby mountains at dawn and dusk. Equestrian art from the Émile Hermès collection are complemented by contemporary Korean artists as an ongoing exhibition.
Meanwhile, a silk scarf designed by French artist Aline Honoré titled L’Art du Bojagi honours the traditional square patchwork cloth that is used for decorative and symbolic purposes.

To celebrate the opening, two windows will display artworks by Osang Gwon that speak to his theme, “A trip to another joyful place.” For this installation, the Korean artist has integrated Hermès objects into sculptural and photo assemblages.

Conceived by the Parisian architecture agency RDAI, the new Hermès store at Shinsegae significantly expands upon the previous Daegu location in size and finely-crafted design. From the breadth of collections to the quality of service, the store carries forth the fundamental values of the Parisian house. 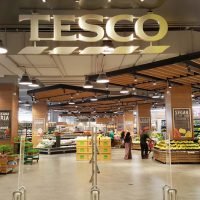 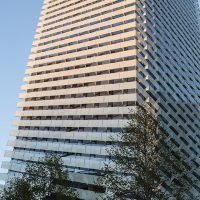