Model DW-5000MD, one of the 5 newest collections, is specially collaborated with the fashion brand MADNESS.

To bring out G-SHOCK’s youthful and trendy designs at all times, the store is designed to accommodate the stylish mix of its old and new models displaying 44 highly collective watches throughout history together on the acrylic wall aside, along with a series of display blocks to showcase the current 5 newest models at the storefront.

SEE ALSO : Hypebeast : it pays to be cool!

In addition, a highlighted installation is placed at the centre of the store, built from a range of vintage TV’s from the 80s, displaying a series of branded showreels, and nicely placed on top of a set of concrete sculptures at the bottom to indicate a comeback of the classic vibe. 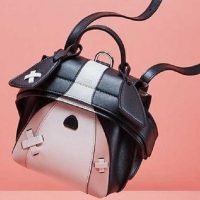 Tod’s debuts a product on ‘Baoshop’
Next Article What to know about Japan’s online fashion revolution