Led by Mr. Pearson Poon, Executive Director of Harvey Nichols and Co Limited, son of Sir Dickson Poon, founder and owner of the Dickson Group, the revamp of Harvey Nichols Pacific Place is due to be unveiled end of September 2019.

Harvey Nichols is presented with a reimagined retail concept that creates an innovative yet tasteful urban retreat for the city’s tech-savvy shoppers, combines online and offline services, offering over three times the number of products in half the space, and plays with the contrast of heritage and technology on interior design.

Mr. Pearson Poon is the Executive Director of Dickson Concepts (International) Limited. He joined the company in 2016 as General Manager of the Group and subsequently spent one and a half years at Harvey Nichols and Company Limited in London, and S.T. Dupont S.A. in Paris.

He has since also become the Executive Director of Harvey Nichols and Company Limited, and the Vice-Chairman of the Supervisory Board of S.T. Dupont S.A. He is the son of Sir Dickson Poon, founder and owner of the Dickson Group.

While in London, Pearson oversaw the refurbishment of the International Womenswear Designer floor at Harvey Nichols Knightsbridge, and re-positioned the floor by re-assembling the portfolio of luxury brands on offer.

He also spearheaded the negotiation of the strategic partnership between Harvey Nichols and Farfetch, enabling Harvey Nichols to become the first department store globally to have access to Farfetch’s digital expertise alongside its e-commerce and logistics platform, while exposing the Harvey Nichols brand and its offerings to over 1.5 million active consumers on Farfetch.

In doing so, the new format store will show over three times the number of products and be able to reduce the physical space required by 50%, thereby allowing an increase in sales density while significantly reducing fixed costs.

Furthermore, as part of the new store format, Harvey Nichols in Hong Kong will also become the first Harvey Nichols store globally with day and night service, with in-store stylists serving customers during the day and Harvey Nichols’ UK stylist network servicing the e-commerce platform during the night. The first flagship new format store is due to be unveiled at Pacific Place in September 2019.

As Vice-Chairman of the Supervisory Board of S.T. Dupont S.A., Pearson worked closely with the leadership team and developed a new global strategy for the future development of the Group. This includes the launch of watches as a category for S.T. Dupont in October 2018, which marked the company’s first ever digital-led launch of a product, alongside the re-positioning of the brand’s leather goods business and a strategic diversification of its products in different categories to cover different market segments.

Prior to joining the Group, Pearson worked as part of the Consumer and Retail, Technology, Media, and Telecommunications Investment Banking team at Goldman Sachs (Asia) LLC. He graduated from the University of Cambridge obtaining a Bachelor of Arts Degree in Economics, where he was awarded the Prince Philip Scholarship.

Stay tuned for an exclusive interview with Pearson Poon! 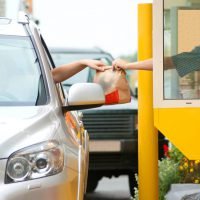 Drive-thru service is expanding in Korea
Next Article 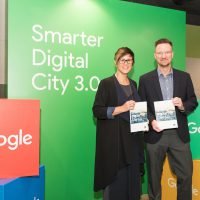