Galeries Lafayette has opened its second Chinese store in Shanghai. The French department store retailer is now planning to open ten stores on the mainland by 2025 to achieve revenue of 1 billion euros ($1.13 billion).

Following the company’s 2013 debut in Beijing, the Shanghai flagship had a soft opening  with its official launch slated for autumn of 2019.

Located in Shanghai’s Lujiazui Area in Pudong, the city’s financial centre-turned-fashion-hub, the new store is split over five floors.

The 25,000 square-metre-store store is designed like the Galeries Lafayette stores in France, showcasing fashion from around the world. A point of difference, however, is that the new Shanghai store includes domestic designer brands too.

“We are targeting around 10 stores in China. We think we could reach 1 billion euros turnover from China, and make China the biggest market after France,” Nicolas Houze, chief executive officer of Galeries Lafayette and French concept store BHV Marais, who hopes to achieve this goal by 2025, told China Daily.

Founded in1894, the Parisian department store counts 37 million customers on average per year, with half of the foreign customers coming from China and accounting for about 20 percent of sales in Galeries Lafayette stores in France.

The company also plans to debut its WeChat mini program in the second quarter this year, to deepen its relationship with Chinese customers. 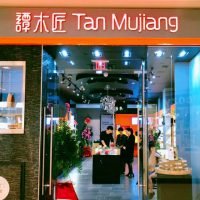