Farfetch’s Store of the Future

In a brick-walled basement in Hackney, amidst rails hung with Balenciaga and clusters of technology developers, “The Store of the Future” was almost ready.

Here, billion-dollar fashion “unicorn” Farfetch has been staging a test run of the tech-powered retail experience the company is set to unveil later today at the debut FarfetchOS conference at London’s new Design Museum in a move that further extends the platform into physical stores.

The announcement comes at a critical time for Farfetch, which is reportedly preparing for an IPO. The company, which connects consumers with a curated network of boutiques and brands, is now the world’s top luxury e-commerce destination measured by traffic, outperforming competitors including Yoox Net-a Porter and Neiman Marcus, according to data from web analytics service Alexa.

And though Farfetch is not yet profitable (market reports suggest it lost around $40 million last year), it surpassed gross sales of $800 million in 2016, up 60 percent from 2015, with estimated annual revenues in the region of $150 million. (Farfetch is said to take a 25 percent commission on net revenues from partners.)

But Store of the Future could prove to be one of the company’s most important moves yet. While luxury e-commerce is growing fast, the portion of personal luxury goods purchases that happen online — now about 7 percent of total — is expected to plateau at about 20 percent by 2025. This means that, for the foreseeable future, the vast majority of sales will still take place in physical stores, which have yet to really benefit from the digital revolution.

From fitting rooms equipped with photo booths to mannequins with screens on their foreheads, most in-store technology has been gimmicky stuff that’s more likely to drive short-term PR than actual sales. By contrast, Farfetch’s Store of the Future aims to dramatically improve retail productivity by capturing invaluable customer data and enhancing human interactions between shoppers and sales associates.

The concept is also modular, meaning brand and boutique partners can pick and choose the components that make most sense for their businesses. And while Farfetch has developed the core operating system on which Store of the Future runs, the initiative is conceived as a platform, meaning the majority of innovation will ultimately come from third-parties, who build new services on top of it.

For the time being, Farfetch has developed a few key applications to demonstrate the power of the platform: a universal login that recognises a customer as she checks into the store; an RFID-enabled clothing rack that detects which products she is browsing and auto-populates her wishlist; a digital mirror that allows her to view her wishlist and summon items in different sizes and colours; a mobile payment experience similar to what exists in Apple Stores; and, of course, the underlying data layer that connects these services with each other and the Farfetch platform.

Store of the Future is still in beta. But the concept will launch this autumn with London-based boutique Browns, which Farfetch acquired in 2015, and Thom Browne, which will join the Farfetch platform and deploy the technology in its New York flagship. A full commercial roll out is planned for 2018, although the business model has yet to be tightly defined.

Ahead of its official unveiling, Farfetch founder and CEO José Neves explained to BoF more about the vision and business logic behind Store of the Future.

Neves talked about the beginning of this journey and says: “We started roughly two years ago and we were really thinking about: five years out, 10 years out, how are people going to shop for fashion? Today, over 90 percent of transactions take place in brick-and-mortar stores. By 2025, it will be around 80 percent, which is still eight out of 10 sales. Although digital is already influencing most consumption behaviour — and that’s where the eyeballs are; it’s the new TV, it’s the new print, it’s the new everything — when it comes to actually purchasing fashion, there will be a plateau in online sales. Fashion is not downloadable, which makes it very different from movies or music”.

Three were the key facts presented by Neves: number one, digital is completely influencing consumer behaviour and the creation of desire; number two, online is growing much faster than offline; but three, offline is still — and will be — where the vast majority of transactions take place.

Neves explained that the project is really about creating the luxury experience of the future. We’ve been omnichannel from day one. From the very start, we essentially connected physical inventory to a digital platform. The first step is a single view of inventory. Then we launched more omnichannel propositions, like same-day delivery in 10 cities, click and collect in store. The Store of the Future is the next step, using the physical store as a service point. It’s post-omnichannel, or what we call “augmented retail.”

“The disconnected store — as opposed to the connected store — won’t be around. Period. And the biggest evidence of this is actually Farfetch itself, because once we connect a boutique to the platform, we account for about 45 percent of sales. It is like an OpenTable for boutiques — they know every empty table, we know every shoe that is sitting on every shelf unsold. We know how much offline is moving and how much online is moving. And just by making your physical inventory available 24-7 to a global audience, you massively boost your economics”, Neves explained.

The store of the future’s built on three principles.

The first is human touch. If you go into a store today, the sales staff are doing things machines should do: they’re checking if they have your pair of shoes in the backroom; or they are asking your name and looking you up in the database. Is this empowering human touch? Not at all. The store of the future is fundamentally about releasing customers and shop assistants to focus on the human side of the interaction. It’s about empowering the staff in the shops to stop being inventory controllers and start being in-store influencers. Right now, they are inventory controllers.

The second principle is being modular. Neves says: “We absolutely do not believe there is one store of the future. There will be 1,000 stores of the future. Think about the way a brand commissions an interior designer and differentiates the space, the smell, the experience, the merchandising. What we do not want is cookie-cutter experiences. So some components will be suitable for some brands and not for others”.

And the third is open architecture. Neves unveils: “We don’t want to come up with all the innovation ourselves. The idea is to create a “Store of the Future” platform and then invite start-ups and brands themselves to come and build on top of it”.

Data is the common denominator. What’s built on top of this can be built by Farfetch, by a cool startup or by a brand. Farfetch is working with RFID companies, and with hologram companies.

One essential component is  the “Shop Floor” app. That’s the app that shop assistants will have. With this one, we will tend to do everything in-house, because it is what handles all the data from all the various points.

On the customer side, there is Farfetch app, which works with Store of the Future. But in the future, there will also be white-label apps for brands or just provide the API, so they can integrate this into their own apps themselves.

It is all a very millennial-style negotiation: I will give you my data if you give me something in return. That is what we do every time we open Instagram, every time we open Facebook. We know those guys are gathering all this data, but the exchange makes sense. Data is currency and I expect something back. This needs to be absolute practice for the “Store of the Future.”

But once you get a consumer to [share her data], it is gold dust… You have asked permission from the customer to drop a cookie. It is a brick-and-mortar cookie. And you will be able to know everything: how long the consumer was in the store, which products were picked up, what did she try, what were the sizes that fit and the sizes that did not fit, what are her preferred payment methods, does she have it delivered to her house, her hotel… and that cookie will be linked to the online cookie as well. So then you have a real single view of a customer.

What you can do with that data is offer a super-personalized experience, both online and offline, it also makes your company much more efficient. Take marketing; imagine targeting a customer on Instagram because you know that five hours earlier they have been to your shop and they’ve picked up a certain bag. And let’s remember, this is currently where 90 percent of the action is happening.

The commercial model is not defined yet. The philosophy of Farfetch has always been win-win. Our platform is a pure revenue share model. There is no minimums, no set-up fee. Black & White is mostly a revenue share model as well. Store of the Future obviously involves physical hardware, which involves set-up costs and stuff like that. But we will never be a hardware company; we will never be a software licensing business. We are in the business of revolutionizing retail and being a positive force for the industry. If we do that, there will be money to be made for everyone. And then how we split it needs to be win-win for both sides. 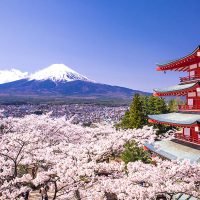 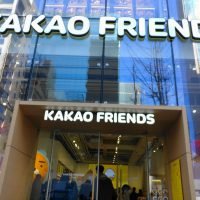