Topshop on Asos in late September

The heavily flagged arrival of Topshop on Asos is set to happen later in September with the Arcadia-owned brand debuting on September 30.

It’s ‘brother’ brand Topman has been available via the online retail giant since June.

This follows Arcadia getting approval for its company voluntary arrangement and signalling that it is going to focus heavily on digital operations for its retail brands as it closes a number of physical shops in the face of declining shopper footfall.

Topshop also recently announced a link-up with Shop Direct under which it will be available on the successful Very platform as well as via Littlewoods.

With Very, Littlewoods, and Asos combined with Topshop’s own webstore, and a recent deal signed with Zalando, it means a massive expansion for the brand’s digital presence and further underlines how all-important online selling has become.

The partnership is not only important for Topshop of course.  Asos itself also faced challenges in recent periods. The company has had to deal with logistics issues that have dented turnover growth, but it is also dealing with a world in which there is much more competition online and it needs to ensure that it has the top brands.

Topshop, despite its problems in recent periods, remains highly in demand and its presence should add value to Asos. 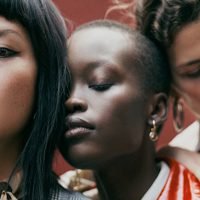