Who’s ready to buy a Maserati off Tmall this Singles Day?

Tmall, China’s largest e-commerce site, will not only sell discounted items such as toilet paper and milk during the upcoming 11/11 shopping frenzy this year, but also exclusive luxury brands, such as Maserati automobiles and Guerlain‘s night cream, priced at 9,500 yuan ($1,400) for 50 millilitres.

Twenty Maserati Quattroporte GranLusso cars, retailing for 1.54 million yuan in China, will be sold exclusively on Tmall, the Italian auto brand jointly announce with Tmall on Sunday in Shanghai. Some other brands will also be sold as part of the festival warmup.

Alibaba said 80 percent of the world’s first-class lifestyle brands are available on its B2C platform. By encouraging the brands to introduce new products during the 11/11 shopping frenzy — which will last 24 days instead of 24 hours this year, starting on Oct 21 — the company expects the festival will tap into a higher-end market.

“The match of Maserati and Tmall has already been a success,” said Pan Weili, senior marketing manager at Maserati China. In March, the company sold 100 SUVs in 18 seconds during a special promotion for the launch of its flagship on Tmall.

The target are customers Alibaba lists as Apass members. With an approach similar to the invitation-only Black Card system, Alibaba said its Apass members drove 100 million yuan in sales on its two retail platforms — Taobao and Tmall — every day in 2015. It declined to reveal the number of members.

“Online shopping has actually helped me to save money,” said Amy Liu, a 28-year-old mother and Alibaba Apass member who spent more than 400,000 yuan last year. The bulk of her purchases are fashion pieces, including shoes, bags and clothes.

This year, the number of parcels delivered is projected to exceed 1 billion, up by 35 percent, according to company figures. 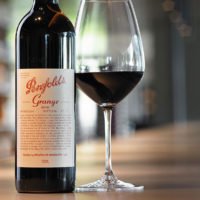 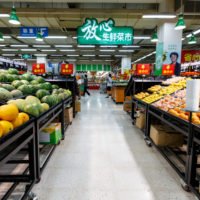