Taobao will leverage its livestreaming technology to help incubate 1,000 key opinion leaders in China’s countryside in an effort to boost rural development. By helping farmers go online, Taobao aims to enable farmers to find new markets and customers
from their homegrown products.

Taobao’s target is to boost the livelihood of 1,000 farmer livestreamers from 100 counties in China by helping them each generate over RMB10,000 in monthly income. The idea is to drive online sales of local agricultural products via livestreams conducted by the newly minted rural KOLs – the farmers, themselves. To promote this new initiative, Taobao plans collaboration with countylevel governments to highlight local points of interest and expand the popularity and recognition of various villages participating in the livestreaming.

Last year, Taobao hosted more than 150,000 agriculture-themed livestreams, which drew over 400 million viewers. Taobao innovated the “Live on the Farm” model, featured with agriculture livestreamers, KOLs, and even local government officials from counties to join livestream sessions and promote their local goods. In January 2019, Taobao’s “Live on the Farm” sevenday online sales campaign generated over RMB9.35 million in sales, right ahead of Chinese New Year, a prime gifting period in China.

Many agriculture livestreamers tasted their first success on the platform last year, including Chen Jiubei, who has helped farmers in her hometown in Hunan province sell up to 2 million kilograms of previously unsaleable oranges in just 13 days last winter. Taobao also coordinated with county-level governments to provide a suite of livestreaming marketing services, including seeking out and training livestreamers, as well as identifying local selling points. With more than 60,000 distinct livestreams on agricultural products every month, Taobao is committed to driving RMB 3 billion in sales for the sector in 2019.

This month, Taobao will roll out livestreams that introduce the source of a range of agricultural products, helping viewers discover the local landscape and customs where their products come from. In addition, Taobao also plans to partner with CCTV, Hunan Television and Zhejiang Television to develop livestreaming shows that invite popstars and celebrities to participate in poverty-relief activities, aiming to generate more public awareness for underprivileged areas.

Taobao livestreaming is an emerging marketing channel that started in 2016 and has rapidly grown into a proven marketing strategy. Powered by advanced technologies from across the Alibaba Group, KOLs and livestreamers provide both indoor and outdoor livestreaming to customers. During these livestreams, they introduce and recommend different products across diverse areas ranging from clothing, cosmetics and jewelry, to agriculture goods and plus-sized clothes. In 2018, 81 livestreamers notched over RMB 100 million in sales, respectively.

Across all industries and sectors in China, brands and sellers are already transforming their digital capabilities to stimulate business development through Taobao livestreaming. L’Oréal’s flagship store experienced a nearly 20% increase in purchases after Viya and Jiaqi Li, Taobao’s most recognized livestreamers promoted the brand’s signature goods via livestream. Among the top female clothing brands, more than 30% of sales are driven by live streaming. In certain industries such as jewelry and jade, flowers and plants, the penetration rate of brands using Taobao livestreaming is close to 50%, bringing great changes to the previous online marketing mix that was adopted.

Livestreaming serves as an efficient tool to empower traditional industries and drive sales. During the “Double 12 Shopping Festival” in 2018, Taobao organized a 12-day livestreaming event from once-booming industrial belts to rejuvenate traditional businesses with cutting-edge technologies and powerful new modes of retail operation. Livestreamers were everywhere from an agricultural products base in Sichuan and porcelain production firm in Jingdezhen to a home textiles mall in Nantong and leather factory in Haining, bringing a growing number of young customers to forgotten industrial towns. In order to inject more renewed energy into traditional industries,
Taobao also launched plans at the recent summit to incubate and develop 10 offline traditional retail markets. The aspiration is to help them reach annual revenues of over RMB 100 million.

Other initiatives that are being rolled out to maximize the influence of livestreaming includes developing 10 professional PGC (Professional Generated Content) organizations with over RMB 100 million revenues, creating 10 super programs with more than 100 million views and promoting over 100 regional television stations to collaborate with Tao Live, an app focused on PGC area. Guess misses estimates as earnings despite profit uptick
Next Article 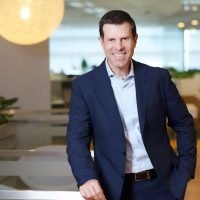